Happy 40th anniversary to America’s Essential Hospitals — a special association due to its mission, its committed and caring members, and its talented and dedicated staff!

Last month, Larry Gage wrote an excellent piece on the association’s legislative successes. Policy and advocacy always have been a core component of the association’s work. I thought I would write something a bit different and discuss the common interests and values of the membership and the staff of the association. When I think of the organization and its members, I think of service to vulnerable populations, but there are other things that unite us. One of them is the personal friendships and comradery of those who have the same core values.

Today I want to discuss another common thread — those of us who shared Sept. 11, 2001, together. The association, then the National Association of Public Hospitals, was scheduled to bring its members to Washington, D.C., for a legislative day on Sept. 12. Many were flying in on Sept. 11, and some had arrived on Sept. 10. That morning, staff was busy preparing for an eventful two days when a phone call to turn on the television changed everything. We saw the second plane go into the Twin Towers, and then the plane that struck the Pentagon.

Our office was located at 13th Street and Pennsylvania Avenue NW, between the White House and the Capitol. I told the staff to go home — we could all work from home. Of course, we didn’t know then that there would be major trouble with cellphone use. We didn’t know if the city’s subway, the Metro, was safe, so I walked home (my home was just four blocks from the U.S. Capitol). There were armed police and military everywhere on this route. One of our members, Bob Sillen, of Santa Clara Valley Medical Center, was in a taxi coming in from Ronald Reagan Washington National Airport and saw the plane strike the Pentagon. Other members were in meetings on Capitol Hill when the Capitol was evacuated.

For many days, our members were stranded far from home, including a nursing mother whose home was on the West Coast. We bonded over wine in the hotel bar. We bonded over shopping for clothes, as most of our members had planned to stay just one night. We bonded over cellphones not working and trying to reach family and colleagues in distant cities. But mostly, we bonded over trying to understand what happened. Each individual was, of course, concerned for family at home, and it was particularly difficult for a few New York City members who had arrived a day early. Our staff worked diligently to find rental cars for those who lived within a day or two drive. We closely followed Amtrak schedules, and two California members took a train from Washington to Los Angeles (it was close to a miracle when they got a reservation!).

One evening, I went out to dinner with two California members at a restaurant on Capitol Hill. Leon Panetta came in (just a few years before, he had been President Bill Clinton’s chief of staff). He was wearing jeans since he said he had only one change of clothes. He, too, was stranded in D.C. Panetta recognized our California members and joined us for part of the evening. He — like all of us — was horrified with what had just happened and was struggling to understand it. 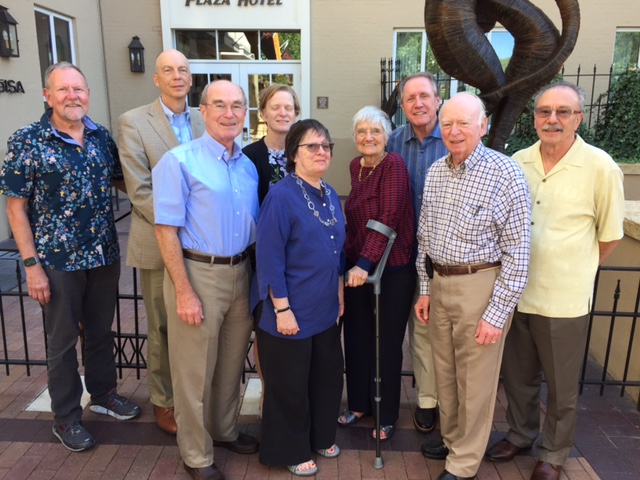 I retired 10 years ago. Sept. 11 was close to 20 years ago. And yet on Sept. 11 each year, I still trade emails with a few people who were with me during that tragic time. This is just one example of the comradery and community that has united members of America’s Essential Hospitals for 40 years now. Our shared mission, common values, and genuine care for our peers held us together on September 11, and still hold us together now, as a global pandemic lays bare the challenges our hospitals and communities face. We stood together in tough times then, we stand together now, and we will stand together in the future. Thank you for your dedication and friendship.