Sinai Health System has a long history — nearly a century’s worth — of caring for vulnerable communities in Chicago.

“We started out serving an underserved immigrant population when the West Side was dominated by the immigrant Jewish population in Chicago,” says Dan Regan, director of communications and public relations.

Other hospitals moved away, and demographics shifted, but Sinai remained.

“Sinai made a conscious choice to stay here on the West Side and serve people,” Regan says.

Now, nearly 100 years later, the health system remains dedicated to its immigrant community — a community challenged by gun violence and saddled with intergenerational trauma, which have a deleterious effect on health.

“Public health is about creating the infrastructure and the political and social capital and the material goods to keep our community as a nation healthy and safe and thriving,” says Sharon Homan, PhD, president of the Sinai Urban Health Institute, the health system’s research arm. “When you look at what gun violence does to a community, it erodes all of those things. The communities are less safe. There’s more trauma in the community. There’s disenfranchisement of people in the community. People’s health suffers.”

These factors are of particular concern in Chicago, where 1,517 people have been shot in 2019, according to The Chicago Tribune. Gun violence is the least-funded leading cause of death in the United States. A 1996 congressional appropriations bill forbade the use of Centers for Disease Control and Prevention funding to advocate or promote gun control, tempering gun violence research nationwide. In recent years, Homan sees a growing acceptance of gun violence research.

“Increasingly, as our attention is being drawn to the comorbid conditions of violence and trauma and behavioral health, and its impact on physical health, and the importance of engaging across all the sectors, business, and economic opportunity, we believe that the next generation is going to look a lot different,” she says.

That next generation took a step forward in 2016, when the Sinai Urban Health Institute joined the Illinois Public Health Institute to form the Chicago Gun Violence Research Collaborative, which convenes academic partners across the city to develop violence prevention and intervention strategies.

The collaborative includes six academic partners, including essential hospital University of Illinois Chicago, and supports 20 graduate student fellows, but Homan stresses that its most important participants are Chicago residents. In the collaborative’s first year, research partners held community listening sessions in the four neighborhoods with the highest rates of homicide and suicide — Garfield Park, Lawndale, Austin and Englewood — using the findings to shape the collaborative’s research agenda.

“We need place-based solutions — solutions that really come to understand the people and the neighborhoods, the actors in those communities, the difficulties that they’re facing, and how to begin to build effective intervention strategies and opportunities for efficacy and youth activism,” Homan says. 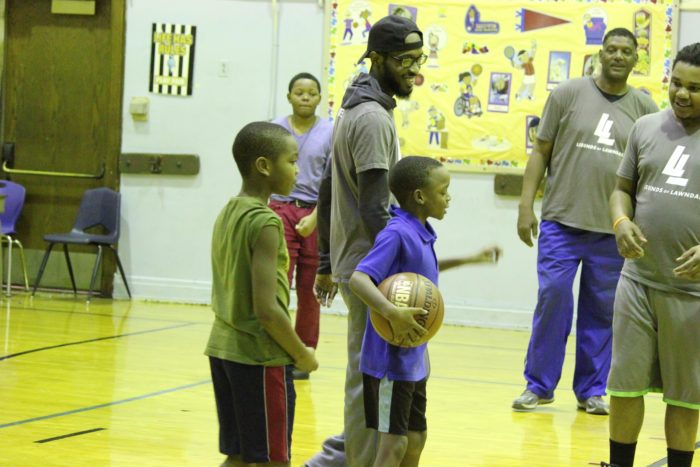 In partnership with the Chicago Community Trust, the collaborative conducted a door-to-door survey and translated research into bilingual, neighborhood-specific infographics to share with the community. Recently, collaborative members gave a Google Talk on community health. This summer, the collaborative is engaging youth in gun violence prevention activism through an institute that trains young people how to harness statistics, infographics, and social media to tell the story of gun violence and effect change.

“If they feel that they belong and they have the support of a large organization such as Sinai Health System, that means so much for the community,” says Mirna Ballestas, PsyD. As director of the health system’s Under the Rainbow youth behavioral health program, she knows firsthand how important it is to build trust in the community.

“In the past couple of years where the threat for this immigrant community, undocumented families has increased, that tension, and that internalized fear and internalized mistrust just increases that level of reactivity and sense of protection,” she says. “So, there’s a strong sense of belonging and clearly delineating who and where do you trust, and who and where do you need to get your needs met.”

The program provides services in schools, hosts a trauma-informed mentorship program in both the North and South Lawndale neighborhoods, where gang violence is pervasive, and partners with the Movember Foundation to build healthy men and boys. Sinai provides mental health awareness training for community leaders to help them detect the need for mental health services. 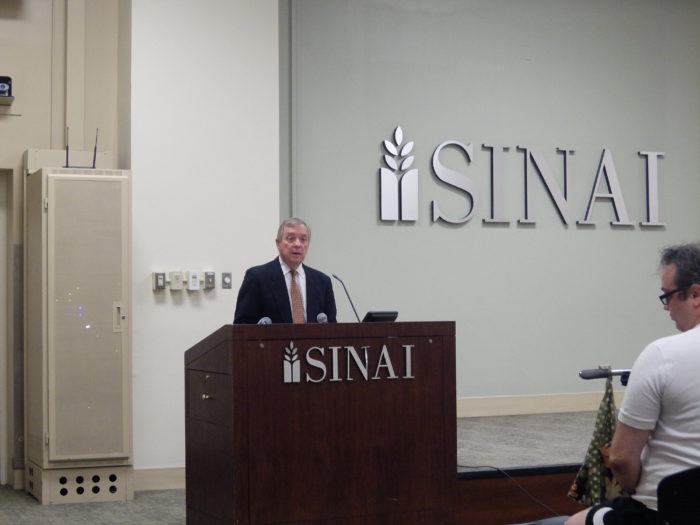 “The kinds of folks that we recruit, they’re scrappy folks that aren’t happy just doing their job here, but they’re very committed to improving the neighborhood, while at the same time bearing so much loss in their lives,” Homan says.

Ballestas agrees. “We recognize that the work that we do is very difficult. It’s emotionally straining, and it’s working with humans, with loss, and with pain. [We] definitely find ways that our organization, Sinai Health System, continues to try to restore to be able to continue providing that quality care.”

To learn more about how essential hospitals respond to violence, poverty, and other social determinants of health, visit essentialcommunities.org.