Neil King, PhD, could cite the life-threatening risk respiratory syncytial virus (RSV) poses to infants or its status as world’s second leading cause of death among children, but he has a simpler introduction to the virus.

“I often kind of oversimplify it and say that RSV is the virus that nobody’s ever heard of until they become parents,” says King, an assistant professor of biochemistry at association member University of Washington (UW) Medicine, in Seattle.

RSV is a contagious illness affecting the lungs that causes mild, cold-like symptoms. While most recover in less than two weeks, the virus can be especially serious and even deadly for infants and older adults.

Despite its status as a global threat, there are no approved RSV vaccines currently available anywhere in the world.

While seasonal RSV patterns were consistent in the United States before 2020, patterns of circulation for this and other common respiratory viruses were disrupted after the start of the COVID-19 pandemic.

Recent surveillance from the Centers for Disease Control and Prevention has shown an increase in RSV detections, associated emergency department visits, and hospitalizations in multiple regions nationwide ahead of the predicted peak.

King recognized the critical need for an RSV vaccine long before the latest spike, when he joined the UW Medicine’s Institute for Protein Design in 2015 to conduct his postdoctoral research.

He initially planned to use nanoparticles, which elicit stronger antibody responses, to package medicines and deliver them where necessary in the body, known as targeted delivery.

But a teammate suggested the technology also could be useful in vaccines and provide stronger protections, sparking a new curiosity for King. 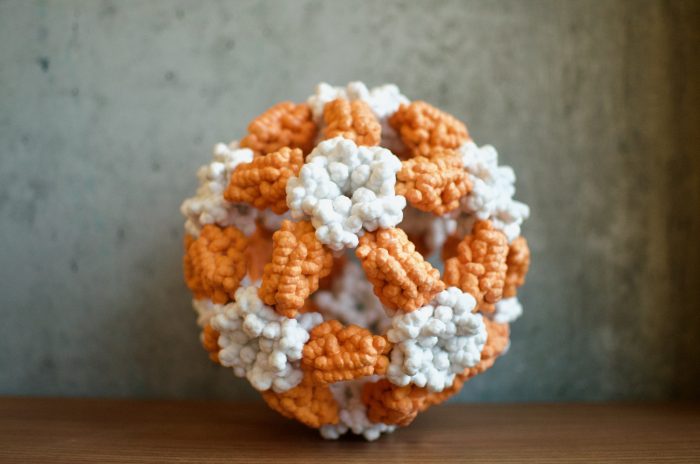 A 3D-printed model of one of the Institute’s self-assembling protein nanoparticles. Photo credit: Ian C. Haydon/UW Institute for Protein Design

“This could really improve vaccines across the board,” he recalls thinking at the time. “Our technology really does seem to be perfectly suited to this. And I said, ‘Let’s do it.’”

The team decided to focus its research on developing technology for an RSV vaccine, due to the severe threat it presents to children worldwide and the lack of such a vaccine in the global market.

King, who says his career goal always has been to invent new medicines, soon began designing nanoparticles to engineer new proteins that produce stronger immune responses against the virus.

“Proteins are the molecules in your body that do everything, like carry blood [and] digest food,” he explains.

The team used computers to manage the complexity of protein structures and design them. “I call it playing Legos with proteins,” King jokes. 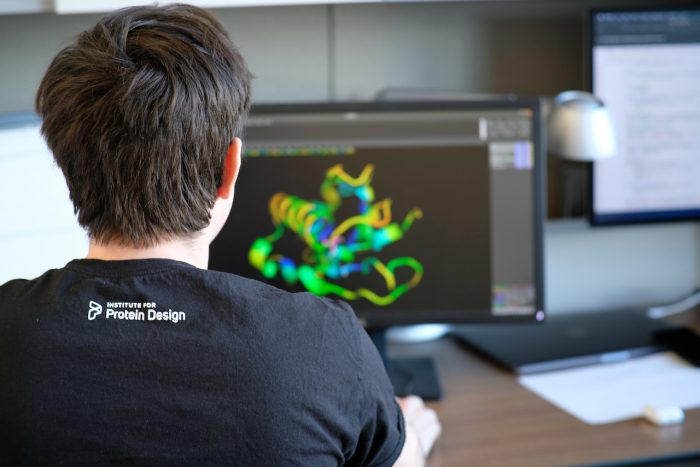 To manufacture the vaccine and facilitate its advancement into clinical trials, King co-founded Icosavax Inc., a biopharmaceutical company, in 2017.

Currently, the vaccine is in phase one of the clinical trials it must undergo before it can win approval and authorization from the U.S. Food and Drug Administration.

Trial data reported on Dec. 13, 2022, shows that the vaccine, tested on adults ages 18 through 75, demonstrated a clear immune response against RSV lasting at least six months following a single administration. The vaccine has been well tolerated among patients so far and did not present safety concerns or serious adverse events in the six months following immunization.

In addition to the ongoing development of the RSV vaccine, Icosavax is now developing a bivalent vaccine designed to protect against both RSV and human metapneumovirus (HMPV), for which initial trial results are expected in mid-2023.

While King estimates it will take a few more years for the RSV vaccine to complete all three phases of development and approval, the nanoparticle technology pioneered by his team is a clear example of the tenacity of essential hospitals that innovate and lead in research despite limited resources.