Isabella McCune has had many mountains to climb in her 12 years, but this year, she took on her highest peak yet — the tallest freestanding mountain in the world.

McCune was just 8 years old when a gas can exploded at a neighborhood party, leaving her with third-degree burns on more than 65 percent of her body. She received treatment at Valleywise Health, an essential hospital in Phoenix and home to the Arizona Burn Center.

In June 2022, McCune was one of seven burn survivors and one necrotizing fasciitis survivor treated at the Arizona Burn Center who climbed the highest peak in Africa, Mount Kilimanjaro, through Courage Rising, a campaign designed to show what burn survivors can accomplish. 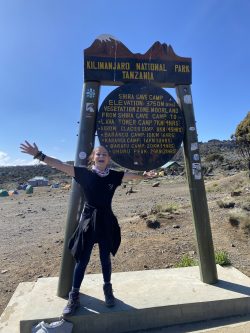 The nation’s more than 300 essential hospitals, such as Valleywise Health, operate 39.5 percent of the nation’s burn care beds. The Arizona Burn Center, the only nationally verified burn center in the state, sees critically injured patients from around the Southwest, including California, Nevada, New Mexico, and Utah, and has one of the top burn survival rates in the country.

The expedition team, organized by Valleywise Health Foundation, also included Valleywise staff who witnessed the recovery journeys of the eight survivors from start to finish, as well as other community supporters. 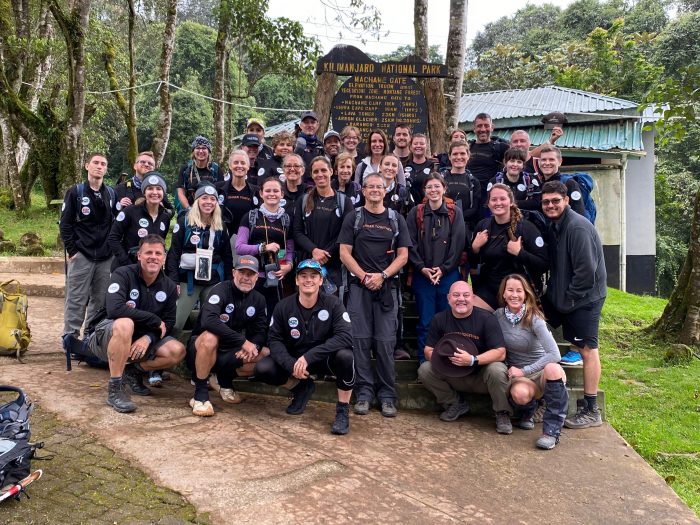 “Being able to [climb] with people who saved my life when I was in the hospital was incredible, they’re the reason I get to be here and get to do this,” says McCune, who was the second youngest person on the trip.

Jason Nelson, another participant, echoes McCune’s statement about the significance of staff and patients completing the seven-day climb together.

“Dr. [Kevin] Foster saw me at my worst. He saw me at a point when you don’t know which way it’s going to go. And then he saw me at the top of a mountain eight years later,” Nelson says. “That says a ton about the relationships we’ve built with the doctors and the foundation staff.”

Nelson was burned on 80 percent of his body in a 2014 explosion after lighting a cigarette in his garage near a natural gas leak unbeknownst to him. An active hiker before his accident, he says he never thought he’d be able to go back to his hobby.

“Going through a big burn, you learn to walk again,” he says. “I thought I would never even hike again, let alone climb Mount Kilimanjaro. [The trip] gave me a new purpose, something to look forward to, something to train for, something to be a part of.” 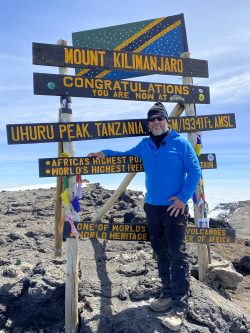 McCune notes that the campaign sent an important message to fellow burn survivors that returning to the things they loved before their injuries is more than possible.

“I can still do amazing things, I just do them in a different way to readjust with my circumstance,” she says.

The trip also served as a fundraising opportunity. In the two years leading up to the trip, the Courage Rising team raised $350,000 to support construction of a new Valleywise Health Medical Center. The new building, scheduled to open in 2023, will house an entire floor dedicated to the new Diane & Bruce Halle Arizona Burn Center, which previously occupied a separate building.

To Nelson, the opportunity to pay it forward to burn survivors like him was one of the most valuable parts of the experience.

“You think about that dollar amount and how many survivors that helps support,” says Nelson, who today sits on the board of the Arizona Burn Foundation.

Examples of areas of the fundraising will support include family support programs, hydrotherapy and hyperbaric therapy, physical and occupational wellness programs, burn research, equipment and programs for the new pediatric wing, and more. 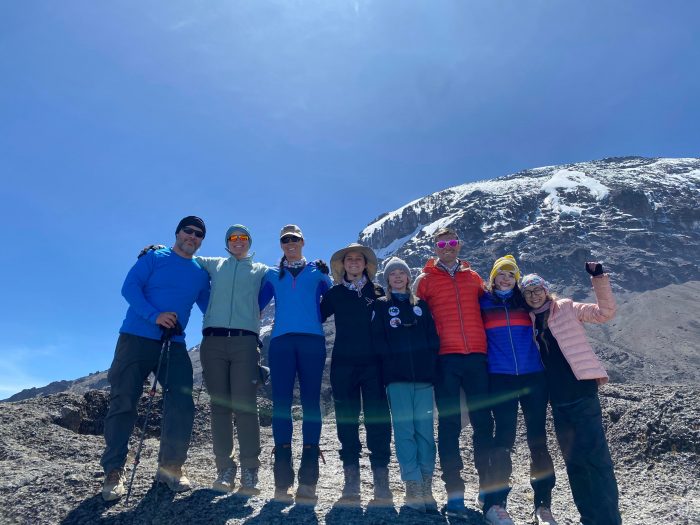 The added space in the new hospital also will make it more comfortable for parents to stay with their children when they undergo burn recovery treatments. There also will be a teen room and kids’ room, with toys and games to make long hospital stays more enjoyable for young patients.

“It’s hard being locked up in that room. It’s not like you want to, it’s not like you’re being forced to, but there’s nothing else you can really do. So that’s really going to be a big help for those kids,” explains McCune, who spent nine months in the hospital during her own recovery.

When she grows up, McCune says she wants to be a burn nurse at Arizona Burn Center.

“I know firsthand the experience and what the patients are going through. I want to be able to be there for them. I want to be able to work with pediatric and adult patients,” McCune says, adding, “I’m able to relate to them and show them my scars if they want to see them and answer questions if they have them. I can tell them that it’s okay.”

As for Nelson’s future, he plans to join an upcoming Grand Canyon hike and hopes to take his wife back to Mount Kilimanjaro to celebrate his 50th birthday.

0 responses to "Courage Rising: How These Burn Survivors Beat the Odds and Climbed Africa’s Highest Mountain"