As flames surged into two resort towns in Tennessee last month, the closest essential hospital was on standby, prepared to provide lifesaving trauma and other care to the communities.

According to reports, the “Chimney Tops 2” fire started in the Great Smoky Mountains National Park on Nov. 23, and began spreading rapidly to Gatlinburg and Pigeon Forge, Tenn., on Nov. 28. There have been 14 confirmed fatalities and nearly 200 injuries or illnesses related to the fire, as of Dec. 8.

Fifteen of those victims — most of which were experiencing respiratory issues exacerbated by poor air quality — were taken to the emergency department at the University of Tennessee Medical Center (UTMC), the area’s only level I trauma center and a member of America’s Essential Hospitals. 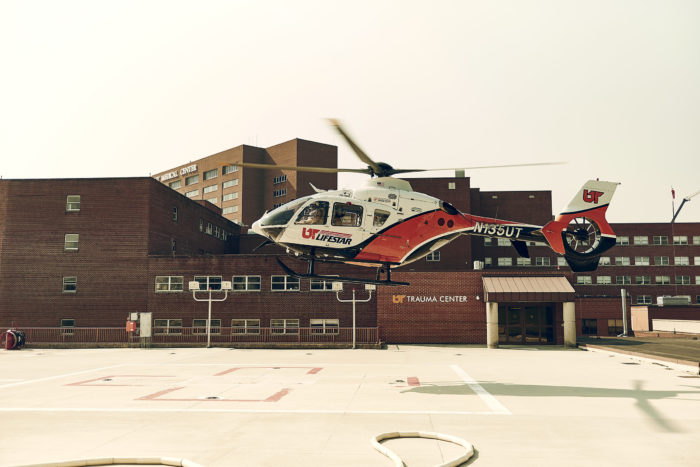 UTMC is the region’s only level I trauma center and stands prepared 24-7 to assist in emergency response efforts.

“Emergency departments, and trauma centers in particular, exist to respond to major disasters,” said Bryce Sillyman, MHA, vice president of emergency, trauma, and critical care at UTMC. He added, “With direction from the Federal Emergency Management Agency and Tennessee Emergency Management Agency, we are part of a coordinated network that creates plans and drills to simulate surges of patients and prepare responses using the Hospital Incident Command System.

“However, it’s impossible to be prepared for every scenario.”

Because information was sketchy when the fires first started, the medical center had to prepare for anything. When news broke of the wide-reaching effects of the fires, UTMC’s emergency department team immediately conducted a white-board planning session to determine what resources would be needed to care for a potential surge of burn or respiratory patients.

While the majority of people affected by the fires were sent to another hospital, UTMC — as the area’s only level I trauma center — was staffed 24-7 and prepared to stabilize the most critically ill patients at any moment.