In her years of training and working at University Medical Center New Orleans (UMCNO) and its precursor, Charity Hospital, Jennifer Avegno, MD, has seen firsthand the role essential hospitals play in treating traumatic and violent injuries.

“These are the places that are truly, day in and day out, seeing this epidemic of violent injury, says Avegno, an emergency medicine physician at UMCNO and clinical associate professor at Louisiana State University. “When you work at a place like that, you not only see the number of lives that potentially could’ve been saved, but you also see the helplessness of friends and family when you’re talking about a loved one’s injury. The guilt that adds to an already tragic incident is overwhelming.”

So Avegno, an active organizer in New Orleans’ violence intervention program, and Rebecca Schroll, MD, a trauma surgeon at UMCNO and assistant professor of clinical surgery at Tulane University School of Medicine, teamed up to combat this sense of helplessness through Stop the Bleed, a program that trains people to control bleeding as bystanders during an emergency. The American College of Surgeons and The Committee on Trauma launched this national program in 2013 following the mass shooting at Sandy Hook Elementary School, in Newtown, Conn.

Stop the Bleed training is as simple as ABC:

UMCNO recruited medical students and residents from Louisiana State University and Tulane University’s medical schools to become certified Stop the Bleed instructors. These instructors then teach three to five classes a week at schools, churches, local businesses, and community organizations. UMCNO’s Stop the Bleed program has trained nearly 2,700 people, including 200 instructors, in the past year. 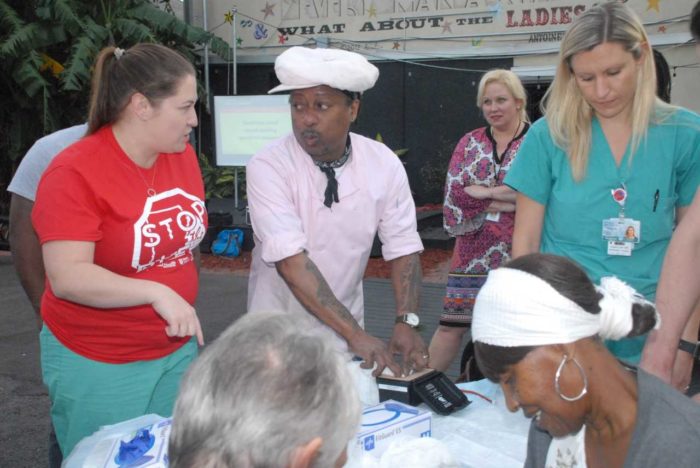 Keeping this program financially sustainable has been a challenge, Avegno says. Tourniquet kits, key to bleeding control preparedness, can be expensive. So, she and Schroll thought creatively, and with a seed grant from the hospital’s Spirit of Charity Foundation, assembled their own tourniquet kits for just more than $200 each.

“We were able to get through our first year with a little bit of money and a whole lot of gumption,” Avegno says.

Her initial skepticism about community support has subsided. A major Louisiana parish recently received school board funding to provide a tourniquet kit for every school, and Avegno and Schroll are working to forge more connections with community organizations. Their goal is to distribute 500 kits and train 16,000 people within five years. 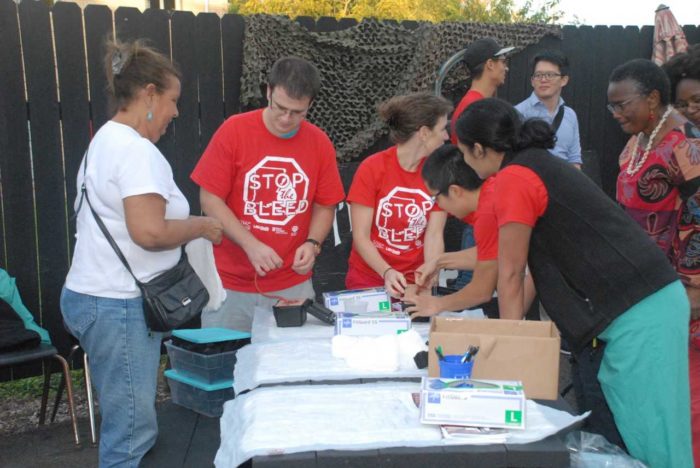 “I think the bang that you get for the buck for this program is huge, because it is instantly recognizable in the community,” Avegno says. “It gives you a lot of value in the community you serve.”

“Leverage whatever you have,” she advises. “If you have a med school or health profession school, get them involved early.”

“The role of an essential hospital is to lead and to provide help and care in the community, not just when they get to us,” Avegno says. “I really feel like we’re some of the last beacons of the community.” 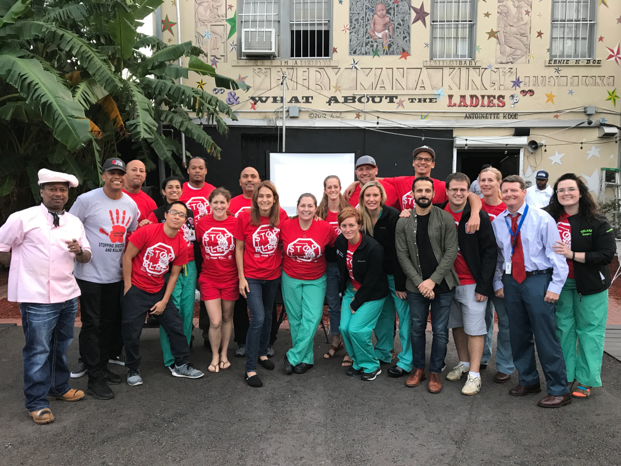 To learn more about Stop the Bleed, how to start a class, and where to find a training near you, visit bleedingcontrol.org.