The foremost defining feature of an essential hospital — its commitment to caring for vulnerable people — makes the hospital itself vulnerable to funding cuts that can put this mission at risk.

That was a key message from America’s Essential Hospitals and three of its members at a May 17 congressional briefing for a standing room–only audience on Capitol Hill. The association organized the briefing to educate congressional staff and the media about a scheduled $4 billion cut to Medicaid disproportionate share hospital (DSH) payments Oct. 1. 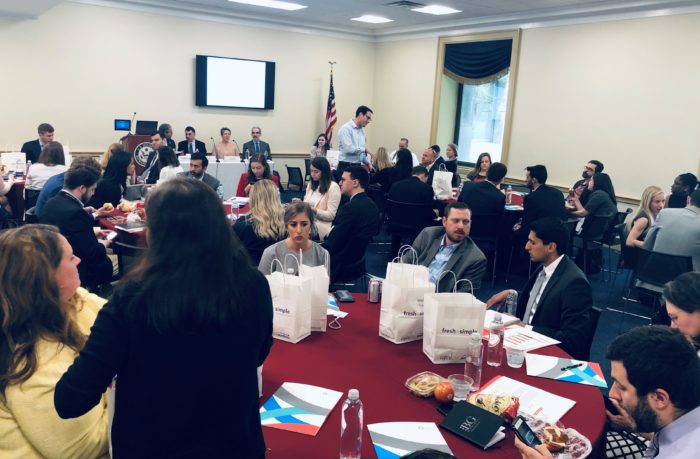 Essential hospital CEOs educated congressional staff and the media about how a $4 billion DSH funding cut would affect their hospitals.

“If it went forward in October, that would cripple our system and make it impossible to do what we want to do,” said Mitchell Katz, MD, CEO of NYC Health + Hospitals, in New York. As the nation’s largest municipal public health system, NYC Health + Hospitals is the primary behavioral health care provider in the city, providing care to seriously mentally ill patients when many private hospitals do not.

Meanwhile, in rural Opelika, Ala., DSH funding sustains East Alabama Medical Center (EAMC), which serves nine counties and has been challenged by the closure of 13 nearby rural hospitals since 2011.

When Lee County was hit with a devastating tornado in March, EAMC embraced its role as a community anchor. The hospital took in 70 patients in four hours, of whom 30 percent were working patients who were uninsured. DSH funding helped free up other resources the hospital used to build three homes for tornado victims, including one man who lost his wife, an EAMC nurse, in the disaster.

DSH also enables Eskenazi Health, in Indianapolis, to provide preventive care to its community, shared Matt Gutwein, president and CEO of the Health and Hospital Corporation of Marion County.

“We spend a lot of time trying to prevent illness in the first place,” Gutwein said. The health system identified 300 frequent emergency department (ED) visitors and dispatches paramedics and social workers to conduct home visits and connect these patients with support services.

By providing onsite wraparound services – including behavioral health, social work, dietetics, and patient navigation – at its federally qualified health centers, Eskenazi Health has reduced hospitalizations and ED admissions, and thus, costs for the health system and the Centers for Medicare & Medicaid Services.

“DSH gives us the ability to reduce overall costs to the federal government for care,” Gutwein said.

Unless Congress acts, the $4 billion Medicaid DSH cut will start Oct. 1 for fiscal year (FY) 2020, followed by a crippling cut of $8 billion — two-thirds of current program funding — in FY 2021.

Congress has shown strong bipartisan support of delaying those cuts. Led by Reps. Eliot Engel (D-NY) and Pete Olson (R-TX), more than 300 House lawmakers sent a May 13 letter to House leaders asking for a two-year delay of Medicaid DSH cuts.

“Our nation’s hospitals cannot sustain losses of this magnitude. Institutions will be forced to shutter, leaving our constituents and communities without a vital safeguard,” lawmakers wrote.

On The Hill: House Health Panels Shaping Up