As director of speech and language sciences and disorders at association member Henry Ford Health System, in Detroit, Silbergleit works with patients who have Parkinson’s disease and other disorders that affect the voice. After finishing their one-month intensive vocal therapy course, many patients would return for their follow-up having regressed.

“They would be isolated. They would tell me they have no one to speak to,” Silbergleit says. “They didn’t practice once they didn’t have the accountability of coming to me four days a week to practice.”

Patients experiencing regression then face a self-perpetuating loop — with no one to talk to, their voices continue to suffer, and they’re even more discouraged from talking.

“With Parkinson’s disease, the voice gets very soft and the volume is very low. Then people stop talking, and then they become isolated, and that’s not healthy,” Silbergleit says.

Looking for a fun way to engage her patients, Silbergleit explored the idea of a therapeutic choir and, in spring 2019, partnered with local musician Elizabeth Esqueda to create the Motor City Upbeats. The choir requires no audition or musical experience and is open to patients with a variety of conditions that can affect the voice, including: 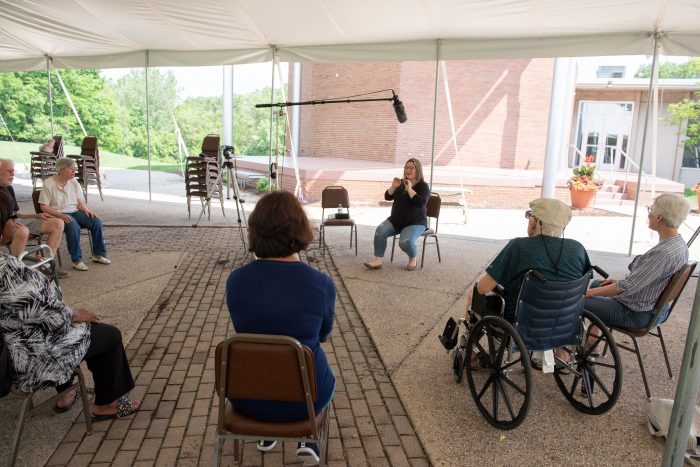 “We want to expand people’s frequency range because, in neurological impairment, people get to become monotone in many cases, especially with Parkinson’s disease [and other] movement disorders. We have patients who’ve had strokes. We have patients … who have had COVID who are working on breath support and coordinating that with their voice,” Silbergleit says. “So, we want to make the body stronger and coordinated, and teach people how to efficiently use their breathing and voicing, and have fun with it at the same time. So, lots of vocal exercises, varying pitch with wind howling sounds and whistling, and just getting the breath going.”

Supported by a grant from Henry Ford Health System’s neurology department, the choir is free to join and runs in six-week sessions, each with a focus on a particular musical skill — the current session focuses on harmonizing. In addition to breathing exercises and vocalizations, members sing popular songs from Broadway to rock, sometimes adding physical movements, like hand gestures, claps, snaps, and stomps, to improve cognitive function.

Before COVID-19, the Motor City Upbeats performed at community events, including a fundraiser for a Henry Ford rehabilitation center, a peace and unity concert at the synagogue where they rehearsed, and a Halloween party, which featured spooky poems to allow members to practice dramatic speaking.

When the pandemic hit, the choir moved to Zoom. Singing in sync on video calls can be a challenge, so the group practices on mute and shares the lyrics on screen so all can participate. Currently, 10 to 15 members attend rehearsals, and the leaders hope to continue virtual rehearsals after the pandemic to accommodate homebound participants and members from other states.

Recently, the group resumed in-person rehearsals outdoors, requiring vaccines and physical distancing, to prepare for their first performance in more than a year: the national anthem at a Michigan Parkinson Foundation fundraiser in June.

“We have a married couple in the choir who travel over an hour each way to join in person,” Silbergleit says. “It’s really important to them to participate.”

Singing Can Have Positive Health Effects

Silbergleit hopes to research the long-term effects of singing on participants’ vocal health, through patient-reported outcome measures. Anecdotally, she has heard singing helps those who previously struggled with swallowing. Plus, singing in a choir benefits mental health.

“We’re big on building this community because part of developing a good sound for our choir is to build on connections between the members. But also, our goal is to build emotional and community support for people that are similarly facing challenges,” Esqueda says. “Although their challenges may not always be similar … they each have a sense of a struggle, maybe, that is affecting their daily life, their voice, their bodies, their movement. To have them connect with one another, as well as the caregivers, and … in community with one another, that’s very important to us.”

Silbergleit adds that inviting caregivers to join the choir has helped change their perspectives.

“They see their loved one or the person they’re caring for in a completely different light,” she says. “They see them more independent and not sitting there waiting for … help.” 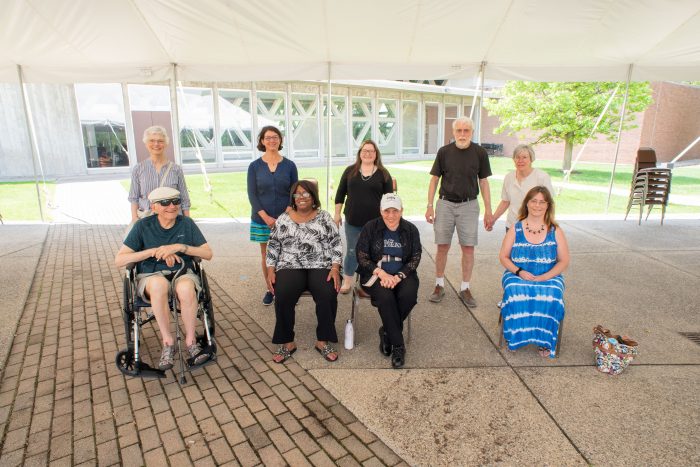