Two years ago, Jim Turnbull, DHA, read an article about swimmers caught in rough surf off the coast of New South Wales, Australia. Far from the shore, the distressed swimmers found unlikely aid: a drone. Initially deployed by the government for shark spotting, the drone dropped a life preserver to the swimmers just 70 seconds after it was launched.

“What can we do to … reduce traffic, reduce costs, reduce pollution?” Turnbull wondered.

He started a task force at the health system to explore opportunities to apply drone technology on its four-mile campus. Turnbull says it’s one of the few campuses in the country that houses both the health sciences and traditional university campuses in one location. Replacing a fleet of trucks transporting deliveries around campus was a perfect opportunity to test the power of drones. 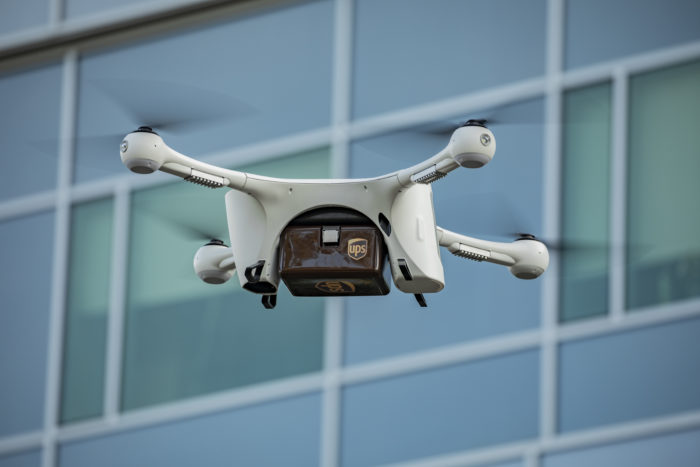 Turnbull and his team identified 16 uses and estimated that drone delivery could cut in half the 20,000 ground deliveries made on campus each year. The primary use involves the health system’s Huntsman Cancer Institute, where patients receive customized infusion therapy. Currently, these patients must arrive early in the morning for blood draws, which a truck delivers to a research facility on the other end of campus for analysis. Researchers then send test results electronically back to the hospital, where a transfusion formula is developed and administered to each patient. It’s a long process that can be stressful for patients in treatment, when “every minute feels like five minutes,” Turnbull says.

To facilitate this initiative, University of Utah Health Care contracted for one year with the United Parcel Service (UPS)’s Flight Forward program, which will fly Matternet drones between the hospital and the research park. Delivering blood samples via drones shapes the infusion process around a patient’s schedule, not a truck route. 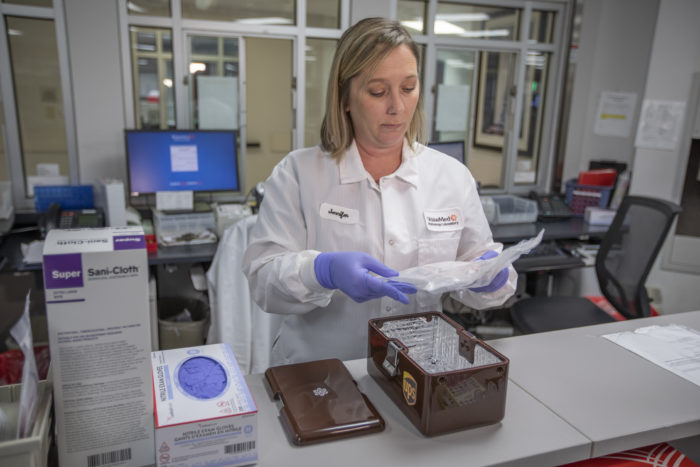 A sample is packed for delivery via drone. Photo courtesy of Matternet.

A certified pilot at the take-off zone will use a mobile app to query the city’s control tower, input the flight path, and receive clearance to fly the drone. In the case of blood draws for infusions, the drones will land on a secure second-floor deck next to the lab, reducing delivery time from about 20 minutes to just three or four minutes. In addition to reducing transport time, drone delivery could have a profound environmental effect, playing a key role in the health system’s response to climate change.

“It’s just another piece of the whole effort around dealing with climate change,” Turnbull says.

Pending final Federal Aviation Administration (FAA) approval, the health system will employ eight drones on campus. In addition to blood samples, the drones — which can hold up to five pounds —also will transport medical instruments, pharmaceuticals, and documents. 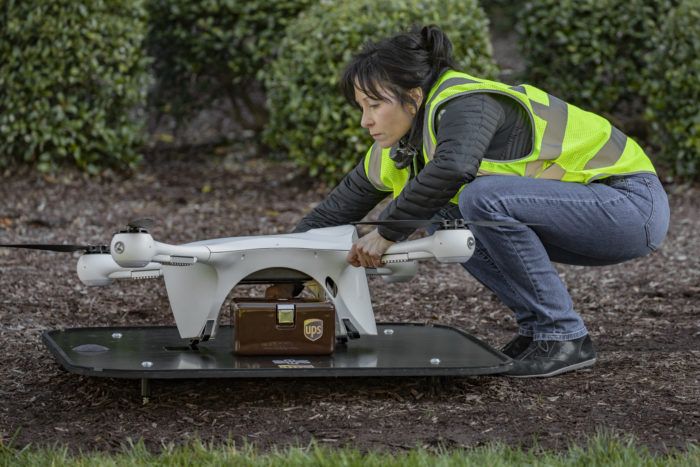 At University of Utah Health Care, drones will save time and energy when transporting blood samples from the hospital to a lab at the other end of campus. Photo courtesy of Matternet.

University of Utah Health Care joins a small but growing group of essential hospitals exploring the use of drone technology. Association member WakeMed Health & Hospitals, in Raleigh, N.C., has completed nearly 2,000 blood and urine sample deliveries from hospitals and clinics to its main lab since 2019. In addition, association member UC San Diego Health recently contracted with UPS to begin drone transport of medical supplies and documents among its medical center, cancer center, and lab.

For now, Turnbull anxiously awaits FAA approval for deliveries to begin at the University of Utah and is excited for the drones’ potential to improve patient experience.