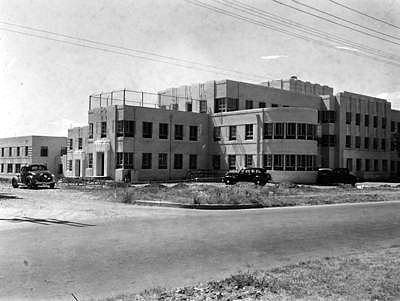 Predictions in the 1960s and even later forecast the demise of the public hospital, in great part due to the projected benefits the poor and elderly could receive from Medicaid and Medicare. Although the number of public beds declined and some hospitals would eventually shut their doors due to lack of funding, nothing like that came about. Medicaid from the start failed to cover at least one-quarter of the poorest patients, while Medicare never paid more than about half the costs of care for seniors; and those costs rapidly mounted in real-dollar terms. While the consumer price index rose 300 percent between 1960 and 1980, the per diem cost of hospital beds rose by 900 percent.

A clear need for “open door” hospitals with a high standard of care continued to exist and, in fact, to expand. Creation of a Commission on Public-General Hospitals in 1976 brought a report two years later that crystallized the fact that “The future of the urban public-general hospital . . . must be uniquely treated.” The National Association of Public Hospitals (NAPH) was established just to that aim in 1980 as an umbrella advocacy group. It opened for business the day before the inauguration of Ronald Reagan, and one of its early legislative victories was recognition for the Disproportionate Share Hospital (DSH) that serves more than its share of low-income patients. DSH alone over the years has brought public hospitals billions of dollars and represents a critical source of funding.

Another aspect of the “safety net” hospital (as they began to designate themselves) was a redesigned commitment to the communities they served. Today, in addition to inpatient and outpatient services, safety net hospitals typically offer HIV/AIDS care, substance abuse counseling, prenatal care and obstetric services, and Level 1 trauma care. These services enlarge the scope and reach of public hospitals while maintaining their basic mission.