History of Public Hospitals in the United States 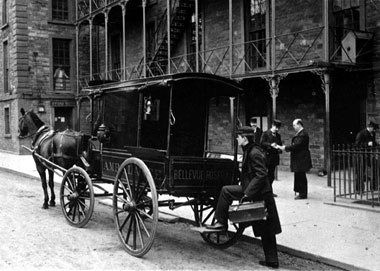 In the early nineteenth century, and for more than a century to come, most Americans gave birth and endured illness and even surgery at home. They belonged to a largely rural society, and few among them would ever have occasion to visit a hospital. Hospitals in the United States emerged from institutions, notably almshouses, that provided care and custody for the ailing poor. Rooted in this tradition of charity, the public hospital traces its ancestry to the development of cities and community efforts to shelter and care for the chronically ill, deprived, and disabled. A six-bed ward founded in 1736 in the New York City Almshouse became, over the course of a century and more, Bellevue Hospital. The predecessor of Charity Hospital in New Orleans opened its doors the same year. Today’s Regional Medical Center in Memphis, the oldest hospital in Tennessee, was founded in 1829. Similar origins exist for other public hospitals—places where the “care of strangers” grew from modest origins into multifaceted municipal institutions. 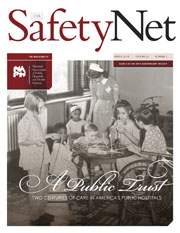 To learn more about the history of public hospitals, download: The Safety Net Magazine—A Public Trust.